Tonsils (tonsils) and adenoids are organs called lymphoid tissue and play a role in the body’s immune system. The tonsils are located at the entrance of the pharynx, on both sides of the tongue root. Adenoids, on the other hand, are located in the upper part of the pharynx, that is, in the back of the nasal cavity, called the nasopharynx. 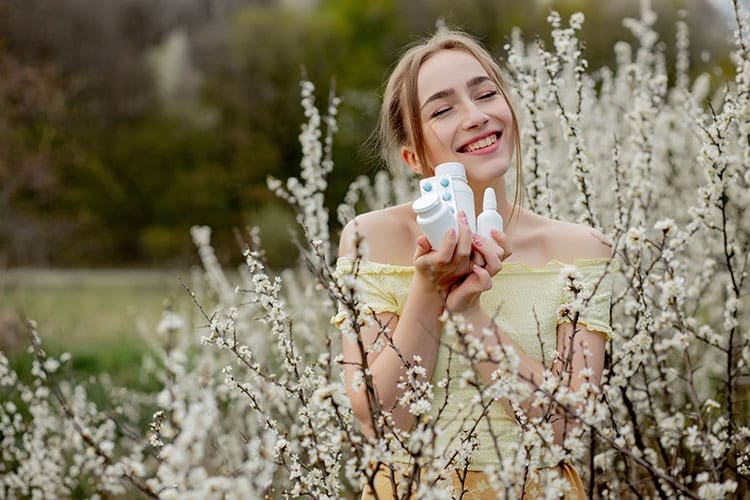 Duties of tonsils and adenoids:

Tonsil and adenoid can cause both infections and some problems depending on their size. Although adenoid is mostly a problem of childhood, tonsil can cause disease in both children and adults. Frequent infections both affect the daily life of the patient and cause frequent drug use. However, the most important consequences of past infections (inflammation) are that the heart valves, joints and kidneys are at risk.

Apart from infections, the size of tonsil and adenoid also leads to important results. Large tonsils; swallowing, feeding and speech problems. In addition, food and tissue residues accumulated on the tonsil cause bad breath and hygiene disorder. The large size of the adenoid tissue, first of all, causes nasal congestion. In these patients, it causes sleep with the mouth open and snoring. The nose regulates the temperature and humidity of the inhaled air and traps some harmful particles. For this reason, it causes some respiratory problems in patients with mouth breathing. Adenoid also creates the following problems:

How to treat tonsil and adenoid problems:

In Which Situations Should It Be Taken:

Although it is sometimes easy to decide to remove the tonsil and adenoid, it sometimes requires following the patient for a certain period of time. Conditions that lead to the decision to have surgery include:

At what age should the surgery be performed:

There is no exact age for surgery. The decision is made according to the damage caused by the disease to the patient. A common condition is that the patient is 3 years old for tonsil surgery. Adenoid removal can be done even at the age of 1 year. Many times, waiting for the child to grow up can be harmful to the patient and reduces the success of the treatment.

How Tonsil and Adenoid Surgery Is Performed:

Removal of adenoid tissue requires general anesthesia, although local anesthesia is sometimes used for the tonsil. The removal of the tonsil is in the form of removing it together with the capsule around it with an appropriate incision. Adenoid surgery is in the form of scraping the enlarged tissue. The operation time is usually short and varies between 30-60 minutes. Postoperative hospitalization is usually not required. Sometimes, it may be necessary to stay in the hospital for 1 night, especially in terms of bleeding risk.

What are the Risks and Complications of the Surgery:

Like any surgery, tonsil and adenoid surgeries can have risks and complications. Local or general anesthesia always carries some risks. However, developments in anesthesia techniques and drugs reduce this risk day by day. Apart from this, the most common complication is bleeding. Although it can sometimes reach serious dimensions, this problem is rarely seen with careful and meticulous study and appropriate follow-up of the patient. Pain is the most disturbing condition for the patient, especially in adult patients. There is a belief that pharyngitis occurs after surgery. This is a wrong thought. If the patients expect that there will be no sore throat after the tonsil is removed, they may be wrong. Existing pharyngitis has nothing to do with the removal of the tonsils. Sometimes they even increase the infected tonsillar pharyngitis.

What Should Be Considered After the Surgery:

The most important rules to follow are related to nutrition. Especially in the first 3 days, cold and liquid foods should be chosen, as the possibility of bleeding is more. For this reason, foods such as cold milk, soup, fruit juice, pudding and ice cream are ideal. Vomiting of dark blood on the first day of surgery is normal and is related to swallowed blood during the surgery. However, continuous red blood flow requires immediate consultation with your doctor. From the 4th day, it is gradually passed to normal food. The patient’s unwillingness to eat because of the pain causes the continuation of the pain. Be sure to drink plenty of fluids. Mild fever is expected after surgery. It usually returns to normal with adequate fluid intake and antipyretic drugs. Sometimes patients apply to the doctor a few days after the operation and complain that inflammation develops in the tonsil area. This is usually because the healing tissue, which creates a white covering in that area after the tonsils are removed, misleads the patient.

Hi, How Can We Help You?